Looking back over the last 12 years I spent testing hardware and gadgets, I can say that the last decade is the decade of gamers, who managed to tear down the walls between niche and mainstream, and turn an experience that was perceived as “a waste of time” by many in the past, into a real industry, with profesional athletes, huge international competitions and a plethora o media channels that gravitate around the topic of gaming, some of which get more traction than traditional media does. Because of this, in the last decade we got more and more high-performance peripherals, with an increasingly lower input lag and a higher and higher accuracy, which really improves the gaming performance.

Similarly, we have witnessed the evolution of ultra-fast monitors, with a high refresh rate, which offers increased comfort in case of amateurs, respectively a clear advantage for professionals. The difference between playing on a 60Hz monitor and a 144Hz monitor is as clear as it gets, for both categories. That being said, it was only a matter of time until smartphones would gaing the attention of gamers, and slowly but surely smartphones followed the trend that we have seen in the last 10 years in the case of PCs and notebooks. Of course, this does’t mean that there have been no attempts in the past. Nokia N-Gage, for example, was launched in 2003, Samsung tested the market in 2006 with their SPH-B5200, and Sony Ericsson Xperia Play saw the light of day in 2011. However, the technology available at that time simply wasn’t enough to provide an optimal gaming experience, and as a result, gaming smartphones have long been seen as a niche product.

In the last 10 years, however, there has been tremendous technological progress, the latest chipsets in mobile phones being able to compete in terms of performance with gaming PCs from not long ago. Display technology has also evolved, along with batteries with an ever-increasing capacity. So it was only a matter of time until somebody would try to build a modern gaming smartphone, and that somebody was Razer, a company with a long tradition in the gaming field. The year was 2017, and the culprit was Razer Phone, the first smartphone equipped with a 120Hz display.

A few months later, in April 2018, Xiaomi launched the affordable Black Shark model, also dedicated to gamers, Nubia launched the RedMagic brand, and the first smartphone with an active cooling solution, while Asus launched the ROG Phone in June 2018, with a 90HZ display. Since then, several manufacturers have launched models dedicated to gamers. Moreover, the high-end Samsung, Huawei, OPPO or OnePlus models launched in 2020 come with the most powerful hardware on the market anyway, but this time we also got high refresh rate displays, such as Huawei P40 Pro with 90Hz, Samsung Galaxy S20 with 120Hz or OPPO Find X2 with 120Hz.

Well, as most of you already know, Lenovo is the largest PC manufacturer (desktop + notebook) in the world, with a considerable market share and an extremely diverse offer. From workstations, sold under the Thinkpad brand, or elegant and powerful ultraportables, such as notebooks in the Yoga series, to entire family of products dedicated to gamers, namely Legion, the chinese giant offers thousands of products, with an entire separate branch dedicated to smartphones, more precisely Motorola. 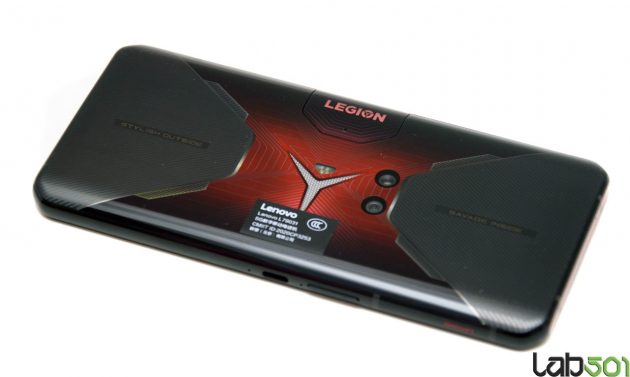