The main feature of the case is the form factor, sometimes mentioned as a layout:

Another characteristic of the case is the material out of which it is built (or cut) from. The keyboards we are used to seeing around in the world are usually plastic but there are keyboard made of aluminium, steel, brass, or a combination of these. The OEM (prebuilt) keyboards are regularly made out of plastic although some have started offering aluminium as an option. I would also like to point out that when coming across statements like “aircraft grade aluminium” one should not forget that a keyboard’s place is on the desk and not attempting to achieve air buoyancy or aircraft speeds. And one should proceed with caution.

One can also come across the aforementioned metals in the composition of the plate or the keyboard weight(s), the latter being however almost exclusive to custom keyboards.

An example of a TKL US ANSI, RAMA U80 Seq2 Kuro with GMK Oblivion v2 Git Base Kit keycaps. 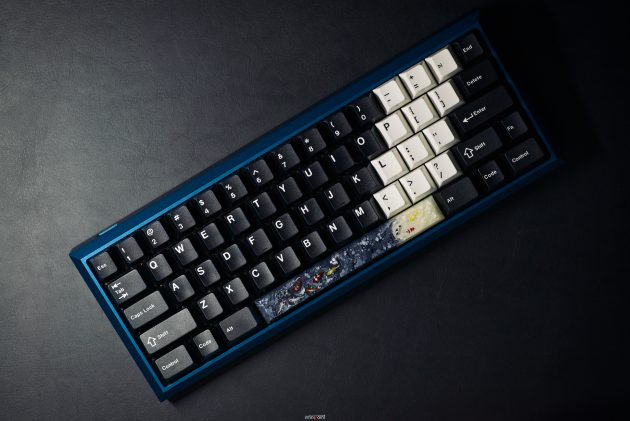 An example of a 60% US ANSI layout with split backspace and split R-shift and a 7U bottom row – the Tsangan layout. Fjell R4 with GMK White on Black and Black on White keycaps and a Jelly Key spacebar artisan. 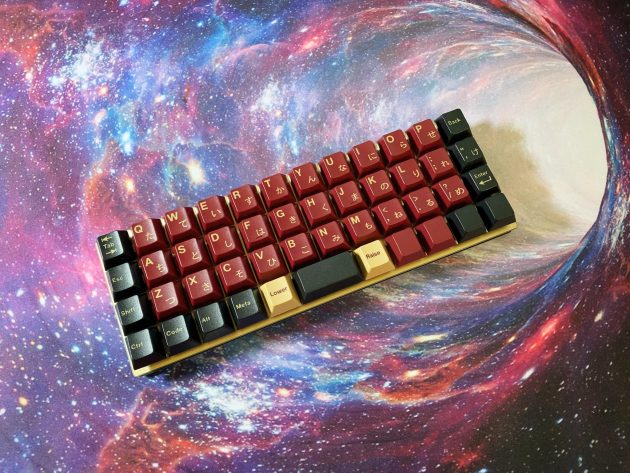