Lenovo Legion 5 15ARH05 refines the concept introduced by the Y530 series and continued with the Y540 series, adopting the same design, but bringing a series of improvements in terms of ergonomics – the air exhaust is now larger, and the cooling system was also improved. Last but not least, the webcam is now positioned naturally, on the upper side of the display and is protected by a physical shutter.

And obviously, compared to the Y530 and Y540 series, this time we can also choose configurations based on AMD CPU’s, and the result is simply devastating for the competition, the mainstream Lenovo Legion 5 15ARH05 being the fastest notebook we ever tested, in terms of CPU performance. Of course, the model we tested has a mainstream graphics solution, but it offers enough performance for the price category to which it belongs. Hopefully, we will also see RTX 2060 versions in the future, for those who need more GPU performance.

To make things even better, the display shows impressive performance, and if you are interested in both photo/video editing and gaming, I highly recommend it, because it is suitable for both types of use. If work is what you will use the laptop for most of the times, then the 60Hz 100% sRGB version is also a suitable solution for professionals.

Obviously, there are always weaknesses, and in this case we are talking about how the cooling system is configured. The CPU has monstrous performance, but Lenovo Legion 5 15ARH05 is not as noisy as other gaming notebooks, and we can see temperatures quite close to Tj Max (105 oC for AMD Renoir processors) because of that. I think that gamers could endure a slightly higher acoustic discomfort, for 4-5 degrees less in terms of CPU temperature. It is also possible that the retail versions already implement this change.

Overall, however, Lenovo offers a solid solution for the mainstream gaming segment, with a sober and elegant design, an excellent display and monstrous CPU performance. Of course, much of this credit also goes to AMD, which has managed to launch one of the most impressive series of mobile CPU’s ever built.

And Intel fans, rest assured, Lenovo also launched the Legion 5i 15IMH05 version, which should be hitting the shelves as we speak. The only reason for which we didn’t also reviewed the Intel version is the fact that our sampled came with Intel Core i5 10300H inside, and it wouldn’t have been fair in any way to compare that little guy with Ryzen 7 4800H. 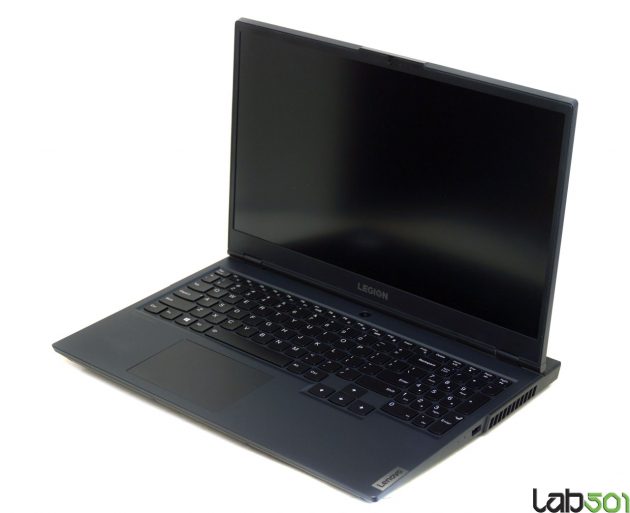